We use Cookies to ensure each customer gets the best user experience while using the website. By pressing ‘ALLOW’ you consent to receive them whenever required. Proceed here to learn more about Cookies. ALLOW

Aspiring actors and actresses all move to California. Here, in the “film capitol” of the world, they try to get readings/auditions for movies – even bit parts will do until they are “discovered.” The problem that most of them have is that they do have to eat. And so, they take jobs as servers in restaurants; they park cars as valets; they work in retail. And those who “make it” go on late-night talk shows and tell the viewing public about the starvation years and the menial jobs they had to take. The same is often true of writers. Because most do not have a best-seller overnight and must also feed themselves, they take odd jobs just to live. Here are some early employment ventures of some of our most famous authors. 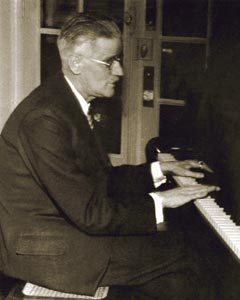 Joyce is probably best known for his book Ulysses, because it was banned when first published, as being pornographic, in France and in the U.S. Born in Ireland, Joyce was the oldest of 10 children. His father was a singer but a drunk, and the family struggled financially. Joyce himself told the story much later in his life that they moved 9 times at night, so that they could escape creditors.

But his father’s musical talent must have been in Joyce’s genes as well, because his early employment was as a singer, piano player, and even as an actor. He often said that music was his alternative vocation if the writing thing did not work out. 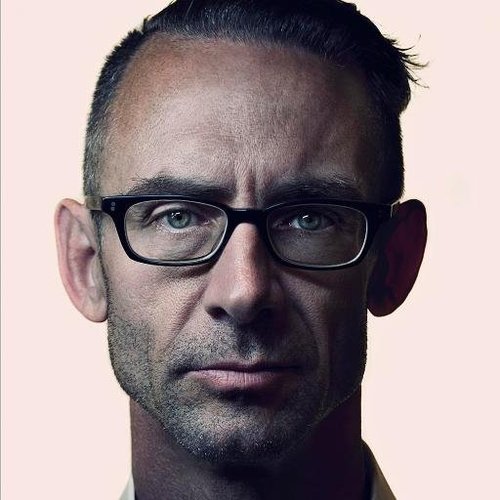 Interestingly, Palahniuk’s best-selling book, The Fight Club, was not a best-seller at all until it was made into a movie. And according to Palahniuk, much of the book was written while under truck chasses, as a diesel mechanic. Other odd jobs have included dishwasher, movie projectionist, and bicycle messenger. Today, Palahniuk has a number of books and collections of short stories, most of which are horror and satire. He is a part of the contemporary literary movement known as postmodern minimalism. 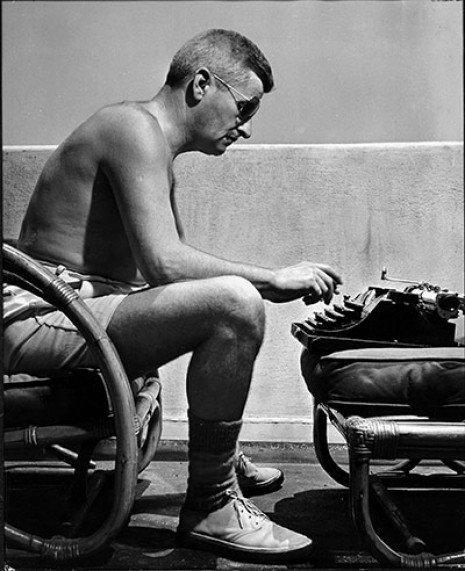 First he dropped out of high school, then out of college, but Faulkner ultimately became an author of national treasure, writing fiction about the South during the era of Jim Crow laws, and dealing with the lives of both blacks and whites during that time. While in college at the University of Mississippi, he worked as a postmaster at their mail room; later, after he married and needed income while he wrote, he took another job at the University – this time on the night shift in the boiler room. While his most famous work is The Sound and the Fury, Faulkner wrote several other novels, lots of short stories, screenplays, and poetry. 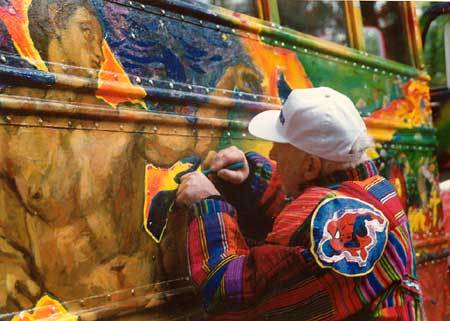 What an interesting character, this one! Kesey is most famous for his novel, One Flew Over the Cuckoo’s Nest, a story that was ultimately made into a play and then a movie. The movie received 5 Academy Awards. Kesey grew up in Oregon on the family dairy farm, but left and became part of the California counter-culture of the late 50’s and early 60’s. As he stated, he was too old to be a Beatnik and a bit too young to be a Hippie. To support himself while he wrote, Kesey took at job as a night janitor at a VA mental hospital, where he spent long hours talking with the patients. At the same time he participated in a CIA study at the hospital, researching the effects of psychedelic drugs, such as LSD. Once his novel was published and became a best seller, he obviously gave up his job at the hospital, but that experience was the inspiration for the book. From that time forward, Kesey and a group of counter-culture friends, called the Pranksters, continued to have LSD parties at Kesey’s home. They also performed muscial acts around the country, and traveled in the bus featured in this picture. Kesey was arrested for possession of marijuana and fled to Mexico for a while. Upon his return, he was arrested again and spent 6 months in jail. Failing health took him back to the family farm in Oregon where he lived until his death in 2001. 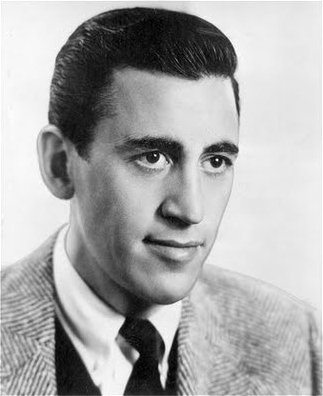 Not much is known about the last 50 years of Salinger’s life, because he became a recluse, refusing interviews and rarely leaving his 90-acre compound in rural New York. But as a young man, he was extroverted and outgoing, although not a great student. In fact, he flunked out of his prep school and ended up in a military school – and it is these events in his early life that were probably the inspiration for his first and amazingly successful novel, The Catcher in the Rye, a book that was originally banned in school libraries because of its language. Given his reclusiveness, it’s hard to imagine that this man was once an entertainment director on a Swedish cruise line, but he did take that job after World War II while he pursued interviews with former Nazis or those who had defected from the Nazi regime during the War. Two other novels of note were published during his later years, Franny and Zooey, and Raise High the Roof Beams Carpenters. 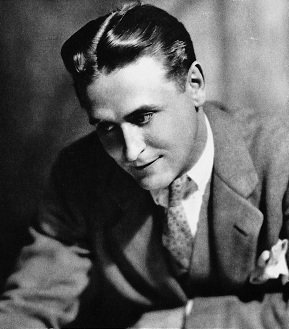 A product of the Jazz Age, Fitzgerald often characterized his generation as “The Lost Ones.” The 1920’s was a strange time in American history, and most of Fitzgerald’s writing depicts the shallowness and the insanity of that decade. While Fitzgerald waited for his novels to bring in some income, he was forced to “whore” himself, as he called it, by selling short stories to magazines. But he also took other jobs, one writing slogans for placards on the sides of trolley cars and another repairing car roofs. He was always in financial trouble, due to his own alcoholism and his wife Zelda’s extended stays in mental institutions for her schizophrenia. Still, his novels, including The Great Gatsby and Tender is the Night, are acclaimed as really introspective works on the “Twenties” as well as being wholly autobiographical. 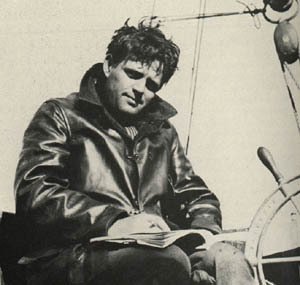 Nature enthusiast, socialist, writer – these are the three things that describe Jack London. London lived all of his life in California, but traveled to the Klondike during the Gold Rush at the turn of the century, to Hawaii, and to Japan during the Russo-Japanese War, as a war correspondent. His fictional works relate to many of his experiences in the Klondike, including White Fang and The Call of the Wild, along with short stories such as “To Light a Fire.” While he was certainly interested in man’s relationship to nature, he was also very active in the labor movement of the early 1900’s and was a member of the Socialist Party most of his life. In order to make ends meet, and because he had a sense of adventure, London once bought an oyster pirate ship from a relative and had a short stint as an oyster pirate himself, until the ship was destroyed. He also became a tramp for a while and was arrested and jailed for vagrancy. London’s novels and short stories are considered to be among the best in American literature. 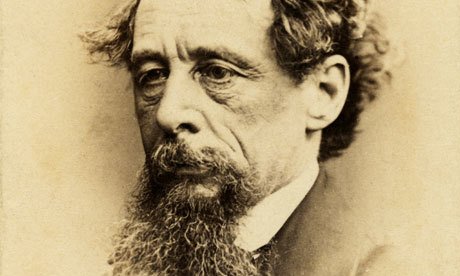 Growing up in 19th century Victorian England, Dickens enjoyed both a relatively normal middle class existence and the life of a pauper, once his father was sent to debtors’ prison. At that time, he was forced to take a job in a shoe polish factory where he spent 10 -12 hours a day placing labels on cans of boot black. This experience influenced his writing, much of which is filled with social criticism for the plight of the poor – Oliver Twist, Great Expectations, Tale of Two Cities – most notably. Even his famous Christmas Carol deals with the huge differences in the lives of the rich and the poor in England during his time. His work, David Copperfield, is said to be autobiographical. 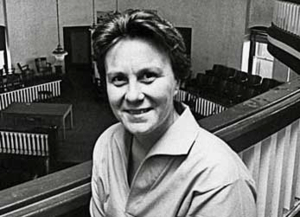 Born into an affluent family in Alabama, Harper Lee (a pen name) enjoyed a privileged childhood. Her father, however, probably instilled within her a strong sense of justice when, as a lawyer, he defended two black men charged with the murder of a white store owner. In this sense, her one novel, To Kill a Mockingbird, is somewhat autobiographical. After college and studying law, Lee settled in New York City determined to become an author. To support herself, she worked as an airline reservationist and, in the late 50’s, accompanied Truman Capote to Kansas to help with research on his novel, In Cold Blood. She took an entire year off work to write her novel, because friends gave her a Christmas gift of a year’s salary with the instructions that she was to write her book. Originally titled, Go Set a Watchman, the book was, in the eyes of her editor, not fit to publish. After numerous re-writes, it was finally published as To Kill a Mockingbird and it was an immediate success, winning Lee a Pulitzer Prize. Since that time, she has been rather reclusive and avoids the press and interviews. 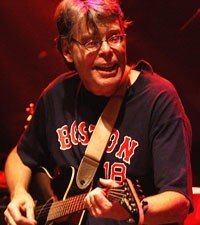 Stephen King is probably best known for his horror novels, including Carrie and The Shining. But he wrote much more than that including The Shawshank Redemption, The Green Mile, and a current science fiction TV series, “Under the Dome.” Before selling his first novel, Carrie, King wanted to be an English teacher. Unable to find a job, he worked in a laundry and as a high school janitor and wrote short stories. He eventually did get a teaching job but, once that first novel was published, he retired to work full time on writing. He is one of the most prolific contemporary authors, and his books have sold over 350 million copies. He also formed a band, called the “Rock Bottom Remainders,” and they used their income from their tours to support charities.